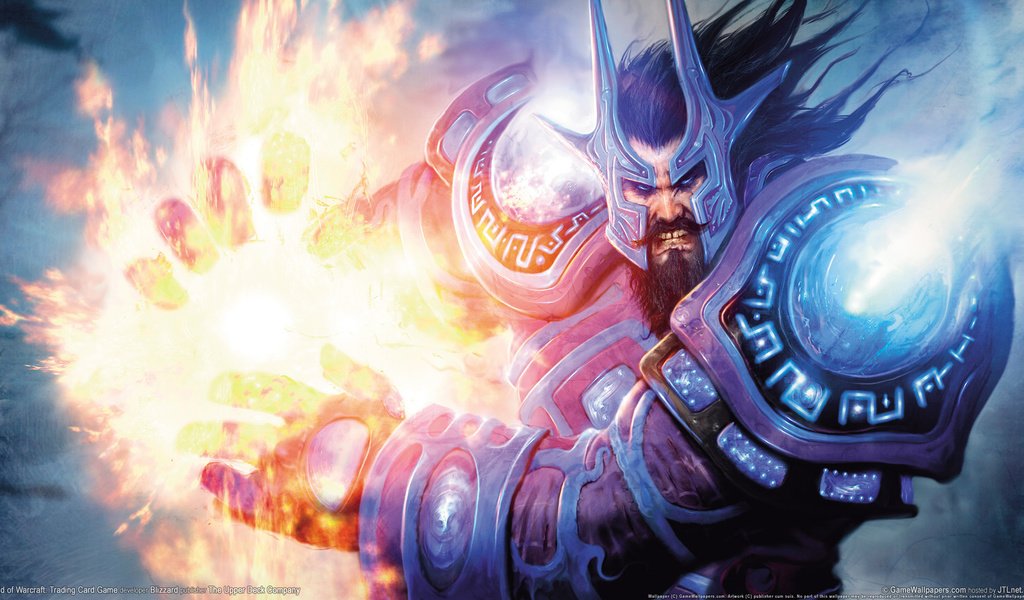 Mages are masters of fire, arcane and frost. Their main role is damaging. Though they have only cloth armor, they are very strong in control abilities to survive. If there is a really efficient mage in a dungeon group, tanks have to do their job really well not to lose mobs aggro because of tons of mage’s damage. Mage as a class is perfect for those who love casters.

Frost spells slow and freeze the target, letting mage keep distance to cast spells and be safe in “Ice Block”. Choosing right talent layout capacitate these abilities, increasing range control and frost damage. Fire spells are tough as well, but arcane spells and talents are mostly an addition, providing defense as “Blink” or “Mana shield” or useful abilities as portals, creating food and water, increasing intellect (mana bonus), “Detect Magic” or “Decurse”. Major city teleports and portals save lots of time as well. You can always make people happy giving them conjured food/water or portals and get a few gold coins as a tip.

To level a mage is easier than other classes. Although they do not reach level 60 fast as hunters or druids, their arcane abilities, control and frost damage make leveling process pretty slight. Most of players doing quests and AOE (area of effect) grinding to make good progress. The idea is to get as much mobs as possible together, using AOE frost combination to slow their movement while killing them. This AOE potential is the main way to become rich. There are some good spots to farm mobs in dungeons or open world. You get loads of items to sell at Auction House or to vendors.

Sometimes it may seem a bit boring and too easy what to do as a mage, for example in raids they are limited in a range of using abilities. Killing a boss they usually use same spell rotation: Frostball, Fireball and Scorch, according to boss’ resistances. Sometimes you have to remove debuffs, interrupt spell-casting and AOE packs of mobs. Besides, other classes always expect to get free food and water conjured by mages. Another thing – you might have to respec for a specific raid because of boss resistance to Ice or Fire magic, it will waste your gold and time in raid to restore mana.

Mages have to choose between Ice and Fire. Fire PVP talent builds let you hit hard and burn out fast, relying on mixing cooldowns with high damage to kill target as fast as possible but do not count on self-survival. Frost PVP talent builds have high survival rate and high damage, relying on numerous spells for defense and control, and slow or immobilize the opponent.
Horde mages should be aware of paladins’ “Blessing of Freedom”, that gives full resistance to frost-control abilities. Though it is not a reason to choose Alliance side only.

Only Human or Gnome races for Alliance, and Troll or Undead on Horde. Obviously, there’s no “one right” choice, every race has its own benefits to consider.
Gnomes get 5% Intellect Bonus passive ability, it increases their mana and critical spell strike. They also get “Escape Artist” ability, it removes any movement impairing effects.
Humans have “Perception”, that increases player’s chance to detect Rogues or Druids in Stealth. Another passive ability is “Diplomacy” giving 10% extra to reputation with any faction.
Both of races have own advantages in PVE and PVP. Gnomes are better in PVE but for PVP sometimes you win spotting a stealthed rogue first.
On Horde Troll is preferred for PVE because of their “Berserking” ability, increasing casting speed from 10 to 30% (depends on how low is your health amount). Passive ability is 5% bonus damage versus beasts.
Undeads have “Will of the Forsaken”. It removes any control effects (fear, sleep etc) and makes you immune – perfect for PVP.

Picking the profession might be more complicated than just racial selection. For mages Tailoring is the best option, you get Bloodvine Set, Robes of the Archmage and lots of good items (bags at first) while leveling. Unfortunately, Bloodvine Set requires Tailoring skill to equip so you cannot use items otherwise. Tailoring is usually combined with Enchanting, you can disenchant crafted items to get reagents as well as AOE dropped greens and blues.
Engineering is necessary for PVP, you get lots of useful devices and explosives. This profession is not that expensive.
Herbalism and Alchemy is perfect to make good money crafting consumables and sell them at Auction House, besides you always have your own potions, flasks, elixirs for PVP and PVE.