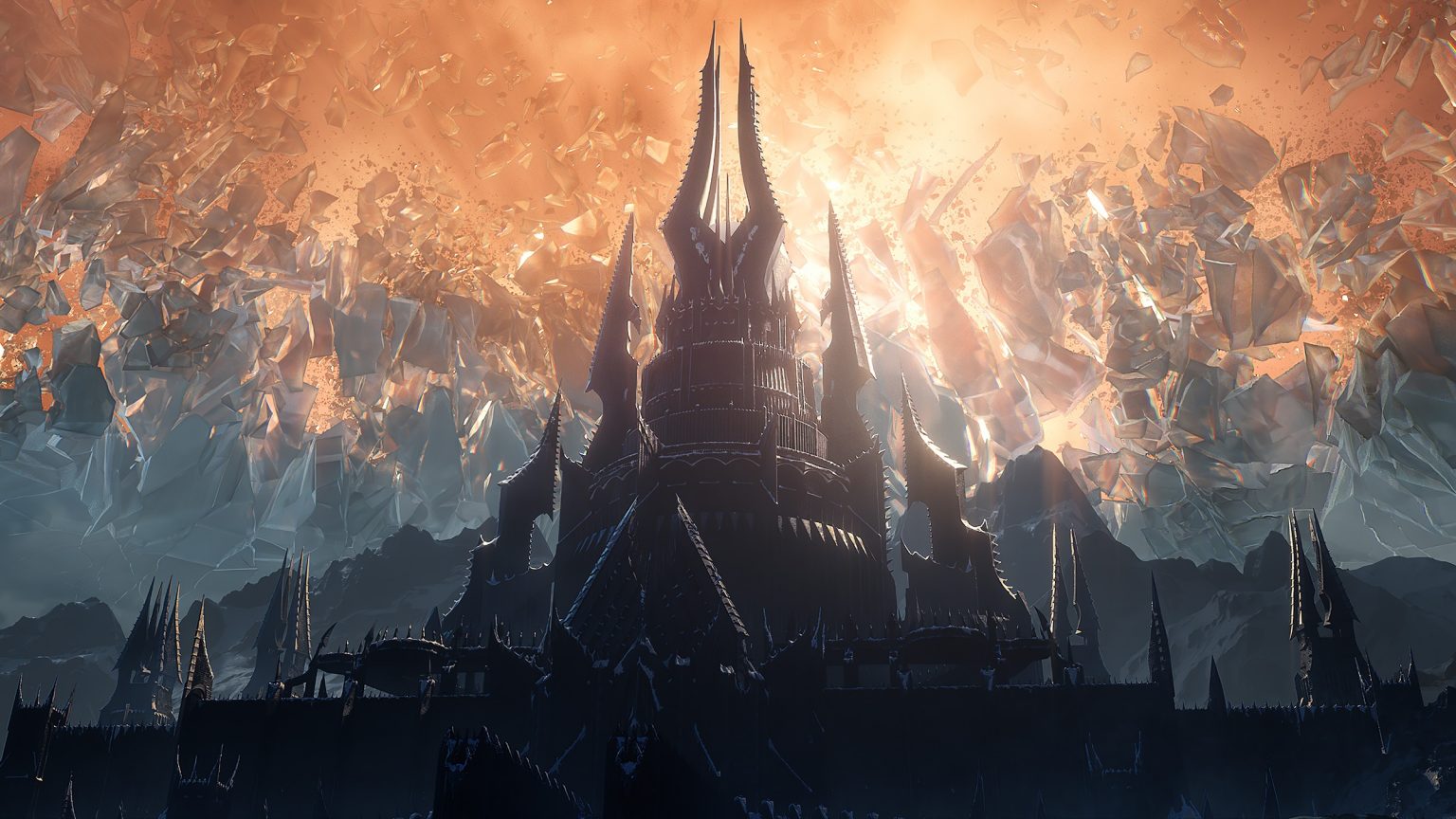 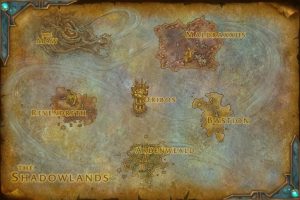 Bastion is a heaven ruled by Kyrian Covenant. Those, who had led a life full of justice, are drawn by Bastion. These are carrying souls to the Shadowlands.

Maldraxxus is the heart of the military in the Shadowlands, ruled by the Necrolord Covenant. It’s home for undead mages, necromancers and forgotten souls.

Ardenweald is a location, ruled by the Night Fae Covenant. Ancient trees absorb souls and give them a rebirth.

Revendreth is a land of dark secrets and gothic spires, ruled by the Venthyr Covenant. Souls that are prideful or flawed in life are sent here by The Arbiter to atone for their sins and seek redemption through torment inflicted by the vampiric Venthyr.

The Maw is the endgame zone of the Shadowlands, a swirling vortex composed of the vilest souls sent to the Shadowlands and ruled by The Jailer, a being who has never been seen before. The Maw is also home to Torghast, Tower of the Damned, is an endlessly replayable, ever-changing dungeon.

Orbios – is a new capital in the Shadowlands.

In the new system you can choose your own Covenant to get access to unic signatures, class abilities, armor, mounts and etc.
P.S. You can always change Covenants for a steep price.

In your Sanctum, you’ll meet three key members from your Covenant. You’ll be able to bind yourself to one of its members, sharing some of their power through an artifact-like talent tree. Bonuses you achieve are varied between combat benefits, utility, defenses, and enhancing that Covenant’s signature abilities.

First, you will be available for two of three Convenants. To unlock your third Soulbind you will need to complete the Covenant Campaign for your Covenant. 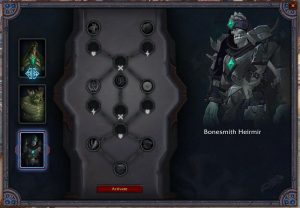 The first point you get for free. To open following ones you have to gain Renown.

There are three ways to earn Renown:

You will gain a level of Renown for every Chapter of your Covenant Campaign that you complete.

You will be offered a weekly quest to gather Anima for deposit in your Sanctum.

You will be offered a second weekly quest to enter The Maw and rescue Tormented Souls who belong under your Covenant’s purview.

Warlords of Draenor introduced the first system for offline progression to World of Warcraft with Garrison Missions and the Shipyard. This concept was carried through Legion with Class Hall Missions, and Battle for Azeroth with War Campaign Missions. Now, in Shadowlands, there’s the next evolution of Missions, Covenant Adventures. 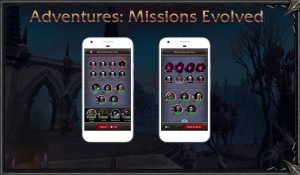 As with previous iterations of the system, Adventures require a currency, and each Adventure costs an amount of that currency to launch. For Adventures, the currency is

Reservoir Anima which is Anima earned from the weekly quest,

Replenish the Reservoir, and is stored in your Anima Reservoir.

Anima is a resource of Shadowlands. Anima can be obtained from many sources in the Shadowlands and used in the Covenant features.

Shadowlands Torghast, Tower of the Damned is also new type of dungeon with dynamic content. It can be entered in group sizes of 1 to 5 Players. Every time you enter Torghast, you will have a new experience. The stronger you are, the harder the content.

The number of deaths is a limit here. Dying in Torghast lets you respawn at the beginning of the floor you are currently on.

As Anima is the main power of this dungeon, there are cases you receive it:

The Great Vault is the Shadowlands equivalent of the Mythic+ and PvP Weekly Cache in Battle for Azeroth, but it has a pleasant change.

In Shadowlands you receive a reward for completing one among Mythic+ dungeon, Raid, or for participating in PvP. If you complete more content, you earn yourself a choice of items.

Completing the following objectives adds choices to your Vault: 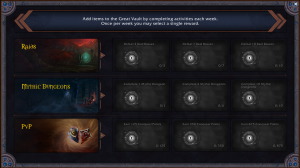 Note: You will only get one item. Completing additional objectives only increases the number of choices.

With the Shadowlands Alpha development update, Blizzard revealed a much-requested feature: the return of PvP Vendors!

With these vendors, players can once again target specific items for PvP, as well as use Conquest to upgrade their items. While end-game systems will not be available for testing right away in Shadowlands, hearing about this change early on is promising.

Legendaries will be returning in Shadowlands. Developers have stated that although they liked how legendaries worked in Legion, they did not like their RNG-heavy acquisition methods. In Shadowlands Runecarver will craft Legendary artifacts with your materials, which can be crafted by professions.

The more information for each new profession you can check below:

There are also some new mount species, with more insects added like moths and decomposers, as well as rocs, winged lions, giant beasts, and death wargs. There are mounts for each zone, including Ardenweald and Bastion. Some of these are most likely linked to Covenant rewards. 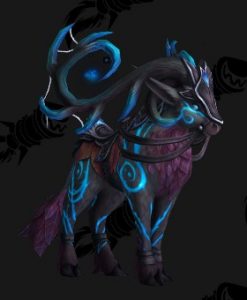 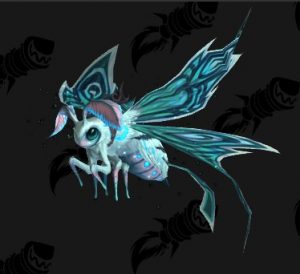 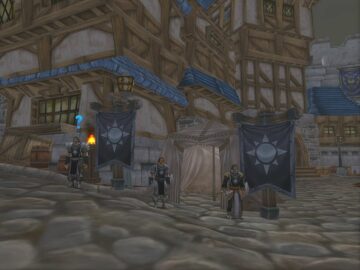 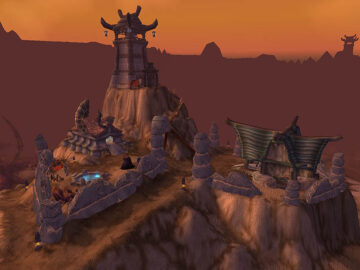 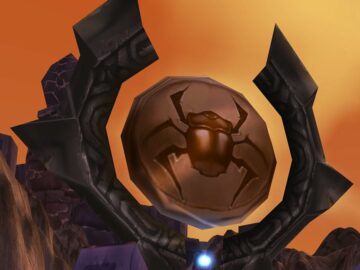 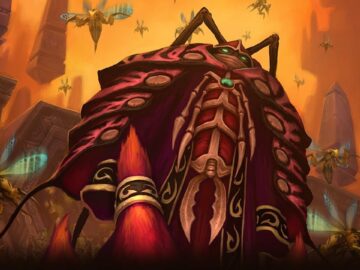 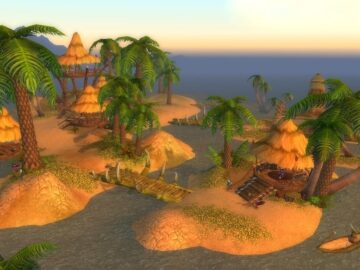 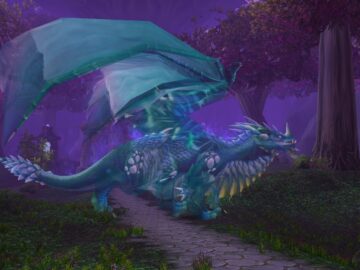 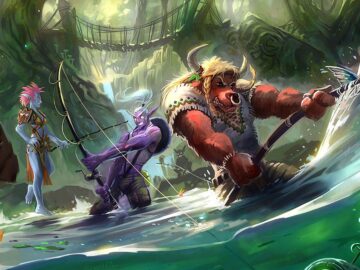